History: From Activism to Gangsterism

History: From Activism to Gangsterism

In the words of an Original Gangster (OG), “The Crips was nothing but a social group,” and according to most accounts, he is correct (Kontos 99, 2003). While there are many patchy places in the tumultuous history of the Crips, consistencies do make their appearance in the saga. Still, the true aspects of the story do not make for thrilling television as do the violent, often fatal events associated with the Crips, often told with an extreme amount of exaggeration. Many OGs and gang members have expressed their disbelief and sadness over the representation of the Crips, acknowledging the group’s faults and its eventual shift to gangsterism from activism. Debra Addie Smith, a close friend of the founder of the Crips, once expressed that she “was wondering when someone was gonna finally tell the real story about the Crips” (Krikorian, 2005). Hopefully, the history presented here is a worthy one. 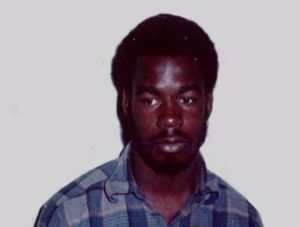 A picture of Raymond Washington

The Crips began as a grassroots organization mostly comprised of African-Americans in response to “mass arrests, jailing, and killings of black youth by police” who were seeking to destroy the Black Panther movement. After the eventual destruction of the Black Panther organization, the CRIPS (Community Resources for Independent People) arose in South Central Los Angeles, California in 1969 with a message of resistance and justice during a time of hopelessness and desolation among the black community (Brown). The credit for the group’s formation is Raymond Washington’s, a “fearless and mighty 5-foot-8 fireplug who loved to fight and loathed guns” (Krikorian 2005). However, once the Crips began to engage in gun violence and developed a rivalry with the Bloods, he distanced himself and was eventually murdered.

Despite the good (and necessary) intentions of the group, “like so many of these organizations, their commitment to 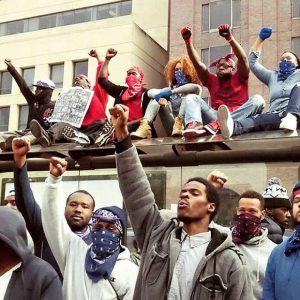 Crips and bloods at a protest rallying against police violence.

these basic values was not given the opportunity to run its course” (Brown, p.97 2011). By 1972, three years after the groups formation, the Los Angeles Police Department claimed the group had become increasingly violent, despite many accounts contradicting this sentiment, stating that such violence had yet to occur among the group.

After such accusations and panics, the group would begin its shift. I would like to propose that the Crips are an anomaly in relation to what usually happens to perceived threats after moral panics. The Crips did not recede after authority or media response. Instead, I think that eventually newer members were attracted to the media’s negative representation of the Crips—the violence, the killings, the looting—so much so that overtime the general perception of new recruits was skewed and they became involved based on their desire to be a part of such activities. As newer members began to outnumber OGs, the values and characteristics of the entire group itself changed from one of productive activism to intimidating gangsterism. Media representation may not be the only reason for this shift. Perhaps a group long dedicated to social change through community involvement grew tired of attempts at being subdued and hushed and at the lies about their mission and intentions and instead decided that if they could not get the change they wanted (such as less police harassment and fair treatment in all spaces within society) by asking, then instead they would take it by force. 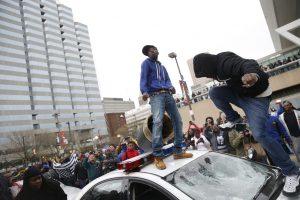 A picture of crip members standing on a cop car.

By 1978, the group had begun to distribute Phencyclidine (PCP) with crack following suit in 1980. Finally, the group had become the gang that everyone had learned to fear and the messages of activism, social justice, and societal change were left behind in the aftermath. Today, the Crips are thought to be one of the largest street gangs in the country. The United States Department of Justice and the FBI claim “there are currently upwards of 35,000 members divided between 800 sets in 48 states” (Gann 17, 2005). Despite the actions and reputation of the gang, the Crips still participate in social justice and activism, but not nearly to the extent as originally intended.

Explaining the Existence of the Crips 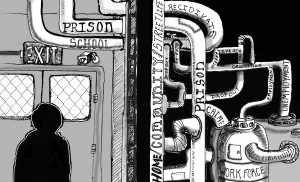 A picture detailing the pathways within systemic discriminatory institutions.

The vast majority of members of the Crips are disadvantaged low-income African-American youth. Robert Merton suggested that those who do experience equal opportunity are more likely to follow a deviant path, and young, poor, African-American youth fit the bill. Many researchers, including Cloward, Ohlin, and Cohen believe that “young people who think they will be able to gain their fair share of what society has to offer are likely to join clubs, scouts, or fraternities, while young people who do not believe that society will provide for them may join gangs” as they are frustrated believing that they will not receive the same things from society as others (Kinnear 7, 1996). Ultimately, when people on the margins are oppressed and have little opportunity for social mobility due to the existence of the oppressive systems within education, housing, and the job market, they will search for other means of success.

George Herbert Mead suggested that “an individual’s self-conception is derived from how others define the individual,” a key basis for labeling theory. The intentions and message of the Crips were not always hostile or violent, yet today that is what they are seen to be and are. This shift is partly due to media representation at the onset, often exaggerated and at time, false, and members “may figure that if most people think he is bad, he might as well be bad” (Kinnear 8, 1996). The self-conception of members has changed overtime and media representation of the Crips has longer existed. The dominant culture in power benefits by consistently relaying the message that marginalized members of society are dangerous in order to retain aforementioned power and cultural capital. Eventually, Mead would suggest that such message become ingrained in society, including within the minds of the marginalized.

Social reproduction can explain the existence and current behaviors of the Crips as well. It has been shown that youth “who grow up in areas that have high crime and delinquency rates may come to believe that crime and delinquency are normal aspects of everyday life and therefore do not think that they are doing much wrong when they misbehave or commit crime” (Kinnear 8, 1996). Such theory could explain the existence and perpetuation of crime amongst the Crips as the members are mostly youth from low income families and crime riddled areas. However, this theory places much blame on individuals rather than discriminatory systems by implying that crime is a result of “cultural norms” rather than abusive, pervasive, discriminatory institutions.

A common line of thought among radical theorists is that the War on Drugs and the War on Gangs and the laws used to uphold aforementioned “wars” is an attempt on the part of the government to hold down “the poor, minorities, and the powerless.” The theory would suggest theCrips have been made to be criminals because a group trying to impose social change for justice for African-Americans has negative results for the ruling class. Such theory is based on several propositions: 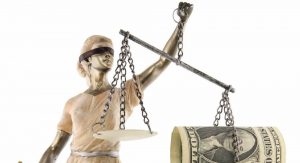 Scales of justice relaying the presence of corruption within the judicial system.

Inside Bloods and Crips LA Gangs: A documentary detailing the modern activities and involvements of the Crips in the continental United States.

Crips and Bloods Made in America (2008): A documentary discussing the relationship of the Bloods and Crips, their beginnings, their most known stunts, and the modern values of each of the gangs all told from the perspective of gangsters.

Steady Dippin’:  A song detailing the daily life and struggles of a Crip member.

Nationwide:  A song talking about what it takes to be a Crip and the benefits of the life. 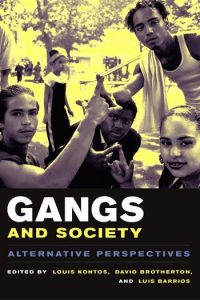 Kontos, Louis., Brotherton, David., & Barrios, Luis. (Eds.). (2003). Gangs and Society: Alternative Perspective. New York, NY: Columbia University Press. A discussion as to how and why gangs form such as the Crips and a proposalfor alternate routes of intervention 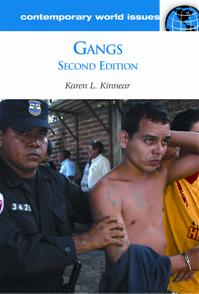 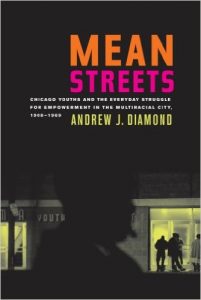 Diamond, Andrew. J. (2009). Mean Streets: Chicago Youths and the Everyday Struggle for Empowerment in the Multiracial City. Berkeley, CA: University of California Press. An exploration of sociological theory and concepts to demonstrate the needs of disadvantaged youth and how to meet them in order to deter gang involvement.

Bakeer, Donald. 1987. Crips: The story of the L.A. street gang from 1971-1985. Los Angeles: Precocious Publishing. A detailing of the history of the Crips and their original intentions and why they are the violent gang they are today.

Brown, G. 2013. Los Angeles Gangs: The Bloods and The Crips. The Socialist Alternative.  A piece detailing the lies the surrounding the origins of the Crips and Bloods and their rise to gangsterism.

Krikorian, M. 2005. Tookie’s Mistaken Identity. LA Weekly. A piece discussing the founder of the Crips and his intentions to bring about social change.

Crips and Bloods Unite with The Game, Snoop Dogg, and Problem: A clip from a rally demonstrating the existence of a desire to end police brutality among the Crips even today.

Crips and Bloods: A guide to an American Subculture. Herbert C. Covey.  A book detailing the rise of the Crips and all of its subcultural characteristics.