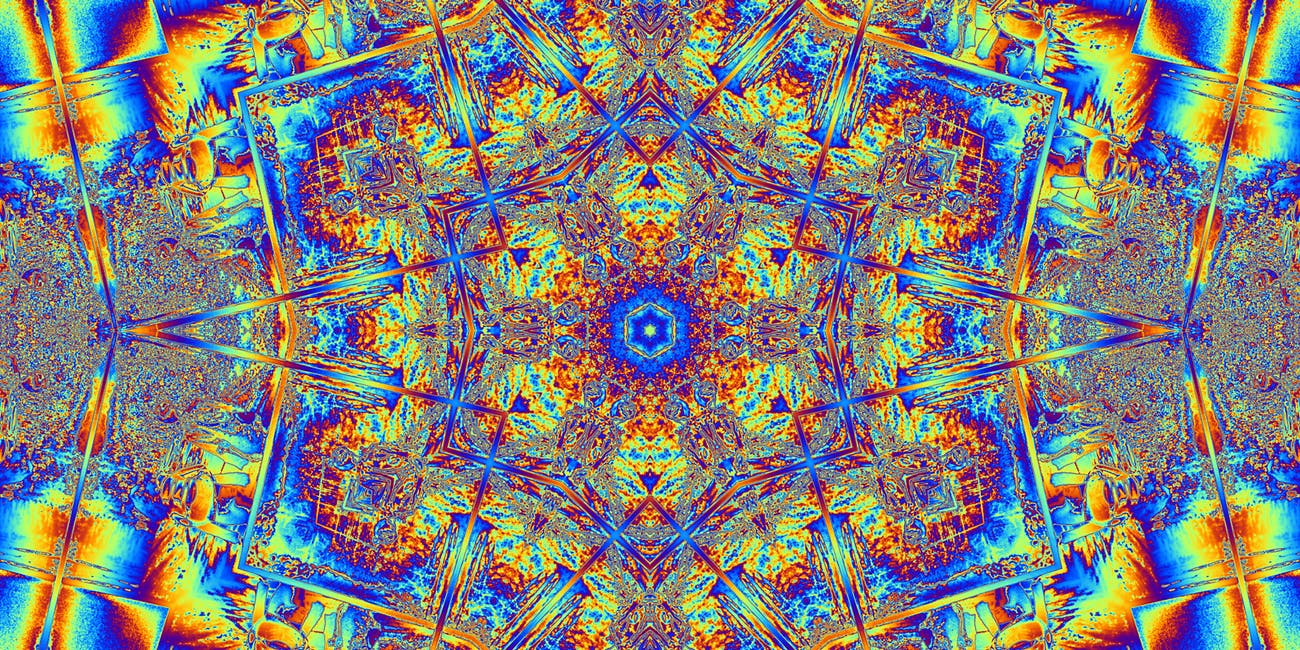 Humans are naturally curious and are constantly seeking answers to the most difficult questions. The human mind is one of the most mysterious concepts, as it is nonphysical and has unfathomable power. Complete awareness and control of consciousness is virtually impossible for the average person to achieve, but we can take steps to achieve this enlightenment and answer some questions along the way. Psychonauts are people who voluntarily subject themselves to altered states of consciousness with the purpose of autognosis (self-knowledge) and metaphysical illumination (Móró 2011:190). Although explorers of inner consciousness have been around at least for the entire length of documented human history, the term ‘psychonaut’ was coined by Ernst Jünger, a German writer, in 1970 and literally means “sailors of the soul.” Psychonauts subject themselves to altered states of consciousness in order to search for Truth in the unconscious mind. People most commonly achieve altered states of consciousness through the use of psychedelic drugs, but also include tactics like dreaming, hypnosis, prayer, sensory deprivation, and meditation. 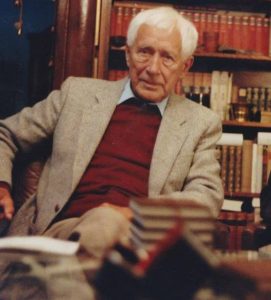 Non-ordinary states of consciousness have always been utilized as a means to explore and expand inner consciousness. Psychoactive plants are found in nature, prayer and meditation have been practice in many religions, and dreaming happens naturally. While other practices do not require ingestion of anything, psychedelics are commonly taken to strengthen and ease access to altered states of consciousness. For instance, shamans ingest psychoactive substances to enter and communicate with the spiritual world on behalf of the community. Other successful practices require patience and years of training. A 1965 article published by the Institute of General Semantics, an organization dedicated to publishing research on human behaviors, identified the reasons of psychedelic substances use as follows: “Either as a means of investigating higher thought processes or as a potentially valuable personal experience, the LSD-induced state is intriguing because it meshes with the zeitgeist in the social sciences and with major trends in the larger culture” (Mogar 1965). 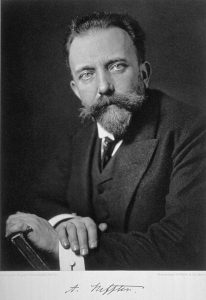 Arthur Heffter, German pharmacologist and author of the first Handbook of Experimental Pharmacology.

In the early twentieth century, Western psychologists and other scientists began consciousness-related research in the form of self-experimentation with psychoactive drugs. German pharmacologist Arthur Heffter isolated mescaline (peyote) from the peyote cactus in 1897 and performed a number of self-experiments before publishing the Handbook of Experimental Pharmacology. Ernst Jünger used the term “psychonaut” to describe Arthur Heffter in his 1970 article detailing his own psychedelic experiences. William James, a philosopher and psychologist, wrote of his ‘religious experience’ after ingesting excessive amounts of nitrous oxide (laughing gas) in 1902. Heinrich Klüver (1926), a physiological psychologist, and Aldous Huxley (1954), an English philosopher, both self-experimented with mescaline (peyote) and reflected on their experiences in writing, a customary practice of modern day psychonauts. After accidentally discovering the psychoactive properties of lysergic acid diethylamide (LSD) in 1943, Swiss chemist Albert Hofmann performed self-tests to try to comprehend and record the effects of the hallucinogenic drug that is so commonly ingested among modern psychonauts today. A little later, throughout the 1950s, American physician, neuroscientist, and philosopher John C. Lilly researched sensory deprivation, LSD, and ketamine while documenting his insights regarding the human psyche. While clearly mind-altering self-experimentation has always been present, today’s prevalence of online forums has welcomed a community of new-age psychonauts.

The online forums are not only used to document and study experiences with altered states of consciousness, they are also used to organize synced trips, in-person social meetings, and live trips (Davey 2012:390). Known as neo-shamans, e-psychonauts must go through an ‘initiation’ process. This process includes enlisting in a forum and posting a specified number of “trip reports” during a probation period. It is only after an administrator of the forum has scrutinized the applicant’s trip reports for adequate descriptive skills and insight will the applicant be approved. Upon approval, the new psychonaut is given access to restricted areas of the forum and given access to the dark web for easier purchasing opportunities (Orsolini 2017:734). Hesitation to welcome people into the community stems from the presence of unwanted people exploring the forums, including “unreliable vendors, journalists suspected of misinterpreting content, police suspected of trying to criminalise forum users and researchers suspected of conducting biased research” (Davey 2012). 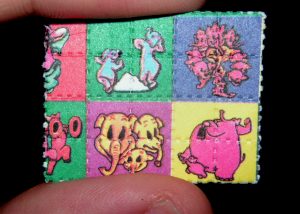 LSD is a psychedelic drug commonly ingested by psychonauts to achieve altered states of consciousness and generally taken in tab form.

Within the psychonaut subculture, there is a “strong sense of shared experience,” as one cannot be a member of the psychonaut subculture without partaking in psychedelic experiments. It is commonly believed in the larger society that drugs can only harm. As a result, many countries have deemed most drugs used for inner exploration, namely MDMA (ecstasy), psilocybin (mushrooms), and LSD, illegal. Drug use by psychonauts therefore marginalizes them from the rest of society; psychonauts risk their freedom by partaking in illegal acts, but for access to enlightenment and personal wellbeing (Popovici 2017:33). In addition, the online forums are used to communicate harm-reductive messages and advice. Postings regarding general warnings about specific vendors or compounds are prevalent throughout the forums. Studies have found that the pharmacological information provided by members of the forums are scientifically accurate. Given the negative view of psychoactive drugs by the general public, the community finds it important to reverse that public opinion, and this is done so by providing access to accurate and thorough information for the drug users.

Also demonstrated by the e-psychonaut subculturists on the online forums is the use of subculture-specific vocabulary and language customs. Given the widespread access to the Internet, forum users reside all over the world and speak many different languages. Most of the forums are in English, and certain words are used specific to the forum. For example, e-psychonauts refer to outsiders as newbies, narcs, and lurkers. Additionally, slang words are utilized when referring to certain substances, and abbreviations are utilized when referring to specific vendors. Besides specific word choices, forum members also made posts in the third-person in the form similar to “my monkey tried substance A” or “my goldfish tried substance B,” perhaps in order to avoid accusations of illegal actions.

Psychonauts remain largely undiscovered by sociologists studying subcultures. The illegality of the psychoactive drugs consumed by virtually every subculture member explains the exclusive nature of the subculture, thereby limiting the ability to perform research on the subculture itself. However, this subculture offers unique insight in and research of the inner mind by knowledgeable persons willing to subject themselves to altered states of consciousness for the purpose of gaining knowledge about this mysterious part of every human.

In 1967, the journal Science published the results of an incomplete study that concluded injection of LSD early on in a rat’s pregnancy caused chromosomal abnormalities, resulting in small or stillborn offspring (DiPaolo 1967). Even though the study was incomplete, and the author even points out the incompleteness, a moral panic ensued and the public began to believe that LSD caused genetic damage in adults and newborns. After scientists continued to study the effects of LSD, the same journal released an article in 1971 that analyzed many more studies on LSD and retracted the claims from the first study. The 1971 article concludes that “pure LSD ingested in moderate doses does not damage chromosomes in vivo, does not cause detectable genetic damage, and is not a teratogen or a carcinogen in man” (Dishotsky 1971).

Many people, including psychonauts, decide to experiment with psychedelics to gain insight into their own consciousness and the collective consciousness. An article published in 2016 by online magazine Psymposia titled “Psychedelics and Identity Politics” explores the overlap of psychedelic drug use and identity politics using queer theory. While people can partake in psychedelic drug use without meeting the criteria of “psychonaut,” people who do consider themselves to be psychonauts often find a place for this label in their self-defined identity. Relating homosexuality and habitual psychedelic drug use, the article’s author points out the stigma and deviance associated with both, and that “even if taking psychedelics is a choice, the presence of choice does not preclude the formation of social identities around them” (Devenot 2016). Individuals should have the right to make decisions about their own bodies, whether that be regarding sex, drugs, or something else. Extending queer theory beyond sexual identity to include psychedelic identity, we see that “these parallels indicate that the oppression and alienation of both psychedelic and queer people results from a common cultural prejudice against those who experience and interact with the world differently from the dominant and traditional population” (Devenot 2016). The deviance of drugs is heavily influenced by health and medical studies. While people continue to debate the issue of the health affects of ingesting psychedelics, we should place more emphasis on the profound personal significance that accompanies the psychedelic identity, just as sexual identity. 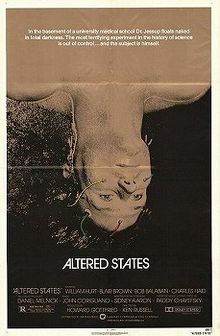 1980 drama/fantasy film about scientist who experiments with sensory deprivation and psychedelic drugs.

This drama/fantasy movie enters the world of altered states of consciousness and self-experimentation. Although fiction, the idea of performing experiments on the self using LSD and sensory deprivation relates to a main theme among psychonauts of the past and present.

Manifesting the Mind: Footprints of the Shaman (2009)

This documentary analyzes shamanism and psychedelics in general. The film addresses topics from why psychedelics are illegal in America to the actual psychedelic experience and the potential benefits offered by psychoactive plants.

A recent documentary that has sparked much controversy, The Reality of Truth explores psychedelics, religion, and spirituality with interviews from spiritual gurus and others who detail their personal experiences with altered states and the deep psyche.

PsychedSubstance is a YouTube channel with about 1.3 million subscribers that aims to destigmatize psychedelic drug use by providing entertaining, yet educational, videos. Below is an informative video on LSD and its risks and rewards. 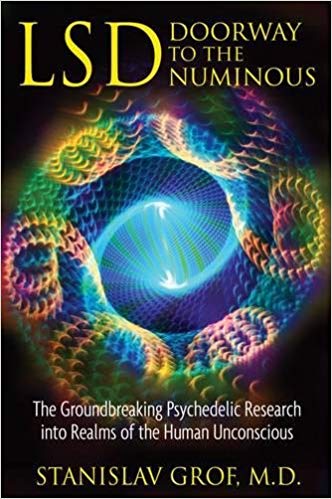 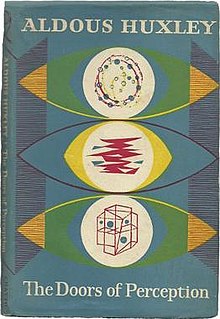 Grof, Stanislav. 2009. LSD: Doorway to the Numinous: The Groundbreaking Psychedelic Research into Realms of the Human Unconscious. Park Street Press. After seventeen years of research, Grof offers a “map of the psyche” that provides a deeper understanding of the mind.

Huxley, Aldous. 1954. The Doors of Perception. Huxley records in great detail his experience taking mescaline in May of 1954.

Orsolini, Laura et al. 2017. “Evolutionary Considerations on the Emerging Subculture of the E-Psychonauts and the Novel Psychoactive Substances: A Comeback to the Shamanism?” Current Neuropharmacology 15(5). Retrieved September 23, 2018 (https://www.ncbi.nlm.nih.gov/pmc/articles/PMC5771049/pdf/CN-15-731.pdf).

Popovici, Alexandru-Filip Popovici and Raluca Maria Simion. 2017. “Searching for Spirituality through the Use of Psychedelic Drugs: the Case of Psychonauts.” Journal of Experiential Psychotherapy 20(2). Retrieved September 23, 2018 (http://jep.ro/images/pdf/cuprins_reviste/78_art_5.pdf).