Although bodybuilding is broadly defined as “the use of weight training in order to improve the muscularity of the body,” bodybuilders recognize that those who take this sport and turn it into a lifestyle – a community even – would more likely self-identify as bodybuilders rather than would the average gym-goer (Dutton & Laura, 1989). That being said, bodybuilding constitutes a wide spectrum of those who self-identify as bodybuilders but just work out locally to those who compete in national and international competitions. The main factor that separates average gym-goers from bodybuilders however, is the active interest in achieving a specific muscular bodily aesthetic, rather than focusing on health or sport (Denham, 2007).

Body building seemed to start with the life of the Prussian Eugen Sandow (1867- 1925). Sandow’s performances. Sandow first garnered the title of “World’s Strongest Man” when he began showcasing his strength as its own novel vaudeville act. However, his act soon took an aesthetic turn. Performances transformed into him entering a “glass booth, and perform[ing] a series of muscular poses to a musical accompaniment,” (Dutton & Laura, 1989). Sandow’s shows represented the intersection of three main pillars in bodybuilding: the Studio, the Platform, and the Gym (Dutton & Laura, 1989). However, although Sandow’s role in the conjunction of these components was novel, these three elements themselves were far from new. 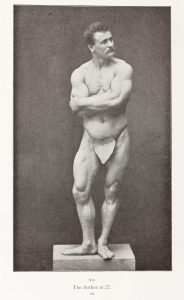 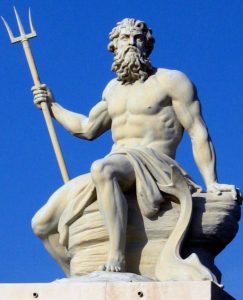 Historically, the human form has been a core depiction in and across art forms. In Ancient Greece, for instance, artists were mostly concerned with muscularity, as their Gods were often depicted in this light. People, then, strived to look like these figures, as they represented “supreme energy” (Dutton & Laura, 1989). This representation of the perfect form persisted through to the advent of photography, where, for artistic and even erotic purposes, people began consuming and observing bodies on a larger scale. Additionally, during and after the Industrial Revolution, exercise became popularized now that those in cities were working sedentary jobs. Accessible gym membership became a symptom of leisure time and an age of invention.

The bodybuilding subculture has evolved tremendously over the years. The number of gyms has increased and consequently membership has become more accessible. Internet access has also lead to a rapid and borderless sharing of ideas. With these changes, bodybuilding has simultaneously become increasingly intensive and commercial. The bodybuilding subculture has shifted into a global competitive sphere, created a universal culture of its own out of the physical gym space, led to conventions around the world, and forged its own rulebook on a way of life. Eugen Sandow organized the first small scale bodybuilding contest in 1901 (Heffernan, 2015). Now there are several organizations that hold national and international competitions, for example International Federation of Bodybuilding and Fitness’ Mr. Olympia, the largest competition in the world. 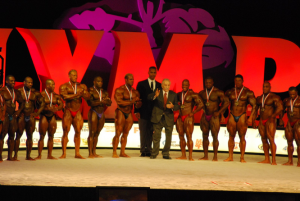 Such intense competition created a massive wave of anabolic steroid use in the subculture. Denham writes, “At the elite level, bodybuilding is saturated with drug use, and steroids are just the first item on a menu that would astonish most pharmacists.” Many hardcore bodybuilders justify steroid use as a legitimate means to an ideal end, where partaking in illegal behavior and the risk of changes in health and hormonal balance are deemed a small price to pay (Monaghan, 2002). Other common behaviors and tactics besides weight lifting and illegal drug use also permeate the subcultural sphere. One bodybuilder equates her excitement upon entering a supplement store to being a “kid in a candy shop” (Munchies, 2015). Additionally, bodybuilders consider dietary practices, called “bulking and cutting” – eating heavy amounts during an offseason and heavily restricting calorie intake around the time of competitions – standard for those who compete. Some bodybuilders also engage in “dirty bulking,” a method used to gain weight quickly, which considered solely caloric intake rather than overall health year-round (Evans, 2017). However, this behavior is again risky, as it does not involve the consideration of macronutrients paired with heavy exercise (Lambert, Frank, & Evans, 2004). 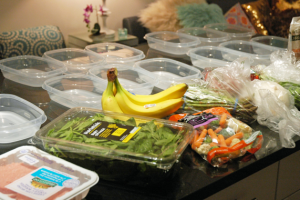 Many bodybuilders make and store high protein dishes, as pictured in this “meal prep” photo (Pixabay)

Although the bodybuilding subculture has bounced back and forth in the dominant culture’s eyes on a scale of how deviant it is considered, the extremities involved in the lifestyle as well as the aesthetic it glorifies have always been considered deviant (Johansson, Andreasson, & Mattsson, 2017). Although physical fitness is seen as a positive attribute in mainstream culture, bodybuilders are often looked upon as narcissistic, vain, and superficial. Most are also stereotyped as “gym rats” and drug abusers. There are also behaviors deemed deviant by the dominant culture that characterize certain groups of individuals within the scene such as hustling – the “selling of sexual favors by bodybuilders to gay men” (Klein, 1989), as well as of course illicit steroid use (Monaghan, 2002). 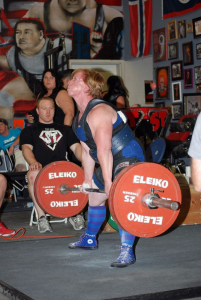 This extremely deviant and risky behavior has led to some schisms within the subculture. For instance, those who partake in weightlifting as a sport, rather than an esteemed bodily aesthetic and wholly consuming lifestyle, consider themselves to be “powerlifters” – and they make sure to be known as such (Denham, 2007). Additionally, there is a distinction between natural and professional bodybuilding in which natural bodybuilders refrain from using narcotic enhancements (World Natural Bodybuilding Federation). Most recently, bodybuilding has become popularized and wider spread through social media. For example, professional and amateur bodybuilders use Youtube and Instagram to share their “gains” and obtain a following. Some even connect and sign onto brand deals with fitness and bodybuilding companies to promote their products to their fan-base (Chan, 2016).

Gender plays a massive role in the bodybuilding subculture. The purpose of bodybuilding is is to achieve the “ultimate” form, and for men that implies simulating the most “manly,” muscular, representations of the male form. For a lot of men, bodybuilding means taking that to the extreme, but it also requires conformity, especially as the community holds certain individuals in the most prestige, and competitions reinforce ideals per each sex. The interesting caveat to achieving a hyper-masculine form is the role that anabolic steroid use plays. Men use these drugs, and they are accepted in the community, in order to increase one’s masculine traits through muscle, but often excessive, long term use can lead to a decrease in testosterone levels and androgenic side effects, such as a high pitched voice, or genitalia development (Denham, 2007). Additionally, the “boy’s club” mentality that the bodybuilding community and the gym space foster leads to a very toxic expression of masculinity that endorses emotionlessness and particularly sexism. There is a marginalization of women in gyms and competitions, and there even exist different categories for women to compete in called “bikini contests,” that have little to do with muscle mass and a lot more to do with the perfection of the “feminine” form, dictated by the competitions. Women in bodybuilding often face stereotypes of being too manly – especially while partaking in steroid use – as well as sexual harassment due to their fetishization (McGrath & Chananie-Hill, 2009). The interesting thing, however, is that through similar training and diet plans, as well as steroid use, women and men in the bodybuilding community exist in relative hormone homogeneity.

As mentioned in the Gender and Bodybuilding section, a relatively homogenous standard of masculine representation is a core tenet in the bodybuilding subculture. An important part to adhering to this status comes through homophobic tendencies. Hyper-masculine performance, for bodybuilders, exists, in part, to counter the possibility of homosexuality. Especially in the face of the androgenic side effects of steroid use, men often cling to their sexualities. However, several ironies exist in this heterosexual doctrine. Magazine covers and websites’ representations of men in bodybuilding are often homoerotic. Additionally, for bodybuilders in need of money in the very competitive industry, “hustling” – or same sex sexual favors in exchange for money – or participation in gay pornography are viable options to make a quick buck (Klein, 1989).

Bigorexia, or muscle dysmorphia, is defined as the obsession with being inadequately muscular. Signs and symptoms of this disorder include spending disproportionately long amounts of time in the gym, excessive spending on sports supplements, abnormal eating patterns, or substance abuse (Mosley, 2008). Due to the strict and high standards that bodybuilders hold themselves to, and the intense competition they face in bodybuilding contest, they are seen by medical professionals and scholars as being at a higher risk for these behaviors. For more information on Bigorexia and the medicalization of the bodybuilding subculture, see the Subcultures and Medicalization page.

Female Bodybuilder details her diet and regimen, including her supplement routine.

This BBC short documentary looks at Bigorexia, a type of body dysmorphia in which people become obsessed with putting on muscle mass.

“Juiced Up – The Consequences of Steroids”: SWOLE Ep. 3

Bodybuilding magazine’s photo gallery and video pages showing clips of competitions and photos of their winners. 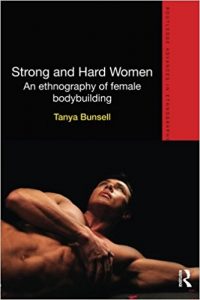 This two year ethnographic study in the South of England examines women in bodybuilding, their daily practices, and the struggles they encounter in a mainly male dominated field. Bunsell evaluates the nature of social pressure, and she grapples with the question of whether these women are liberating themselves from the restrictions femininity imposes, or if they are ultimately just concerned with achieving “perfect bodies.” 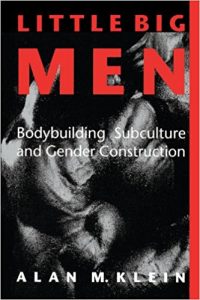 A core piece of sociological literature on bodybuilding, Little Big Men studies bodybuilders every day activities and the role the subculture exerts in the gender construction and performance of its participants.

Critical Readings in Bodybuilding is the first collection to address contemporary bodybuilding. The readings focus on debates around topics such as gender, eroticism, and sexuality in the subculture/sport.

Johansson, Thomas, Jesper Andresson, and Christer Mattsson. 2017. “From Subcultures to Common Culture: Bodybuilders, Skinheads, and the Normalization of the Marginal.” SAGE Open 1–9.