What is Queer Theory?

The heteropatriarchy labels the construct of queerness as deviant in modern day contexts. Societal oppressions are the “attitudes, behaviors, and pervasive and systematic social arrangements by which members of one group are exploited and subordinated while members of another group are granted privileges” (Bohmer and Briggs 1991). When connecting this to queerness, one does not have to look far to observe how homophobia and transphobia have been utilized by those in power to persecute queer-identifying people. The social stigma surrounding homosexuality informs the public about what is acceptable behavior and what is deviant.

Protester being apprehended at the Stonewall Riots

On the other hand, queerness has been an influencing factor in uniting marginalized groups to fight back and resist oppression. An example of this is the confrontations of the Stonewall Riots. In June of 1969, police raided a gay bar called The Stonewall Inn and began to arrest patrons. Unlike previous raids, the people began to throw bottles and fight back against police harassment. Looking at this example in a broader context, these actions were a response to continued injustice and maltreatment. Once labelled as “queer”, not only were the patrons, but also The Stonewall Inn itself, subject to discrimination based upon deviance from the appropriate gender identity expressions.

Harding accurately summarizes the difficulty of describing Queer Theory as the following: “Definition is impossible, but [Queer Theory] can be summarised as exploring the oppressive power of dominant norms, particularly those relating to sexuality, and the immiseration they cause to those who cannot, or do not wish to, live according to those norms” (2011). Because queer theory itself resists definition, there has been much discourse over the decades about what the critical themes of queer theory are. For the purposes of this page, we’re focusing on the following aspects of Queer Theory described in Taylor (2013). 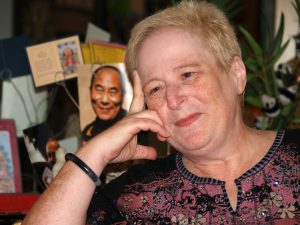 Eve Sedgewick, author of Epistomology of the Closet.

Eve Sedgwick’s Epistemology of the Closet (1991) and Judith Butler’s Gender Trouble (1990) are central texts, where in both of these foundational works critique the essentialist nature of hierarchical categorizations. Essentialist theories claim that gender and sex have a biological set of characteristics that differentiate femininity and masculinity. Contrary to this belief, Queer theory stipulates that a close examination of the socially constructed nature of sex and gender is required to challenge the idea that gender is a part of one’s essential identity.

The construction of gender roles are a social control mechanism used to delineate people into subgroups based on physical characteristics. In creating a rigid system of categorization, we create the possibility of hierarchies, thus leading to the subordination of certain groups. In the context of gender, this means that the subordination of women, trans people, and gender nonconforming people is a consequence of rigid constructions of gender and gender roles.

These authors argue that it is necessary to deconstruct heteronormativity and normative gender roles, among other hegemonic power structures, because they are institutions that privilege heterosexuality and discriminate against those not in positions of power.

Gender Trouble describes the concept that sex, sexuality, and gender are performative acts, in part, due to the socially constructed nature of biology and gender. Butler argues that biology, and more broadly science in general, cannot be conflated with objectivity. Scientific knowledge is as influenced by systems of power surrounding as social knowledge, and the creation and proliferation of information are inseparable from these systems.  Butler goes on to address the notion that an individual’s sexuality and gender identity are fluid, concluding that only societal expectation and construction keep people contained in labelled categories.

Similarly, Sedgwick expresses that the binary of sexuality limits freedom and understanding. She continues on to state that modern western culture must be destroyed because the idea of a binary is so heavily embedded into culture, only then can humanity experience freedom from that binary.

Queer Theory evolved from Poststructuralism with the guidance of several theorists, including but not limited to Judith Butler with Gender Trouble, Michel Foucault with The History of Sexuality, and Eve Kosofsky Sedgwick with Epistemology of the Closet. Poststructuralism is oftentimes associated with Foucault and Derrida, and focuses on the idea that knowledge itself is informed by the structures that surround it. This means that we cannot look at information outside of its context, and we cannot treat knowledge as an objective entity that exists outside of social forces and relationships. Thus, Poststructuralism posits than in order to study a subject one must also study the surrounding network of social structures and forces to examine their influence. It also claims that that the idea of the subject as autonomous must be deconstructed (Namaste 1994), in favor of a framework that de-prioritizes the agency of the subject of study. 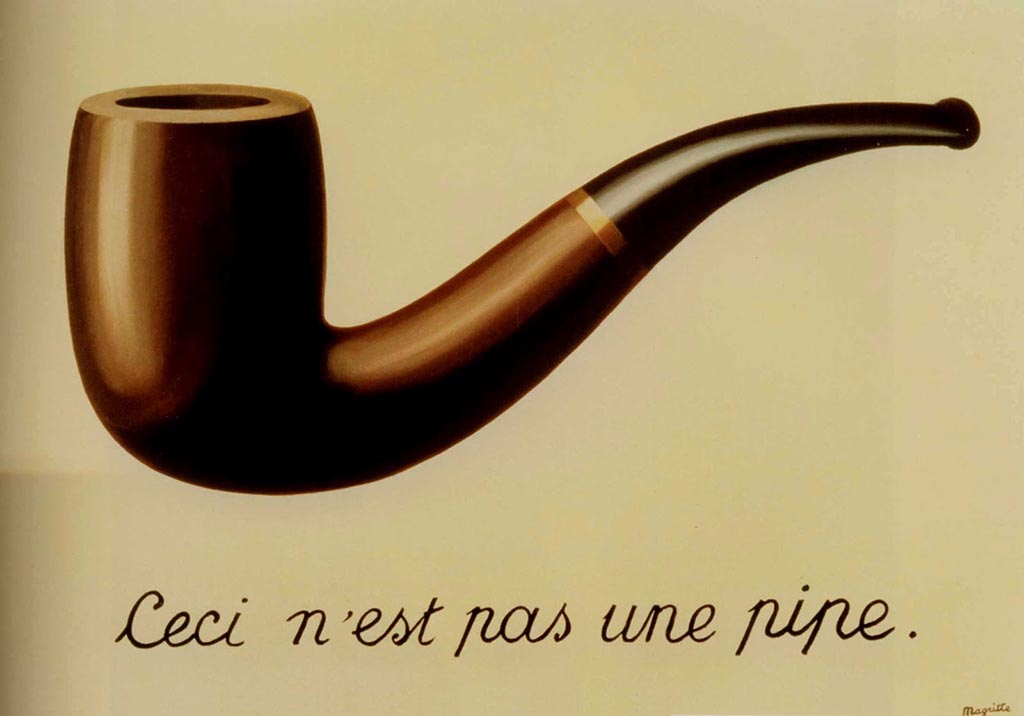 Post-structuralist painting that forces viewers to think “what is a pipe?”

Queer Theory is heavily informed by Poststructuralist notions, but beyond that it is “interested in exploring the borders of sexual identities, communities, and politics” (Namaste 1994). Thus, we have that Queer Theory draws upon the methodology of Poststructuralism, but allowing gender and sexuality to form and inform its body of theory. Furthermore, Queer Theory encompasses social constructionism in its inherent opposition to essentialism, by acknowledging that none of the structures it critiques are inherent, and neither are the identities it focuses on. Queer Theory is vehemently anti-essentialist (Taylor 2013) and thus also positions itself in opposition to identity politics, by claiming that identities are socially constructed, and not essential or inherent. We cannot make claims about identities if identities themselves do not exist.  It thus resists definition as a body of knowledge, but draws upon several of the theories that preceded it.

A more recent development in Queer Theory is the idea of “queering.” As Jodie Taylor writes, “as a way of countering hegemonic textual readings and cultural authority, queering offers a critique of what Warner (1999) calls ‘regimes of the normal’” (2013). Thus, queering serves to problematize, challenge, deconstruct, and critique hegemonic structures of power, thus making it one of the more powerful tools that Queer Theory offers. Scholars often use Queer Theory in the context of presentations and performances of gender and sexuality by pushing back against cisheteronormative portrayals. Finally, in addressing the history of Queer Theory it is important to acknowledge the history of the word “queer” itself. Both Queer Theory and the act of queering are parts of the process of reclaiming the word “queer,” a word that used to be a slur and has still not fully shaken its derogatory connotations. 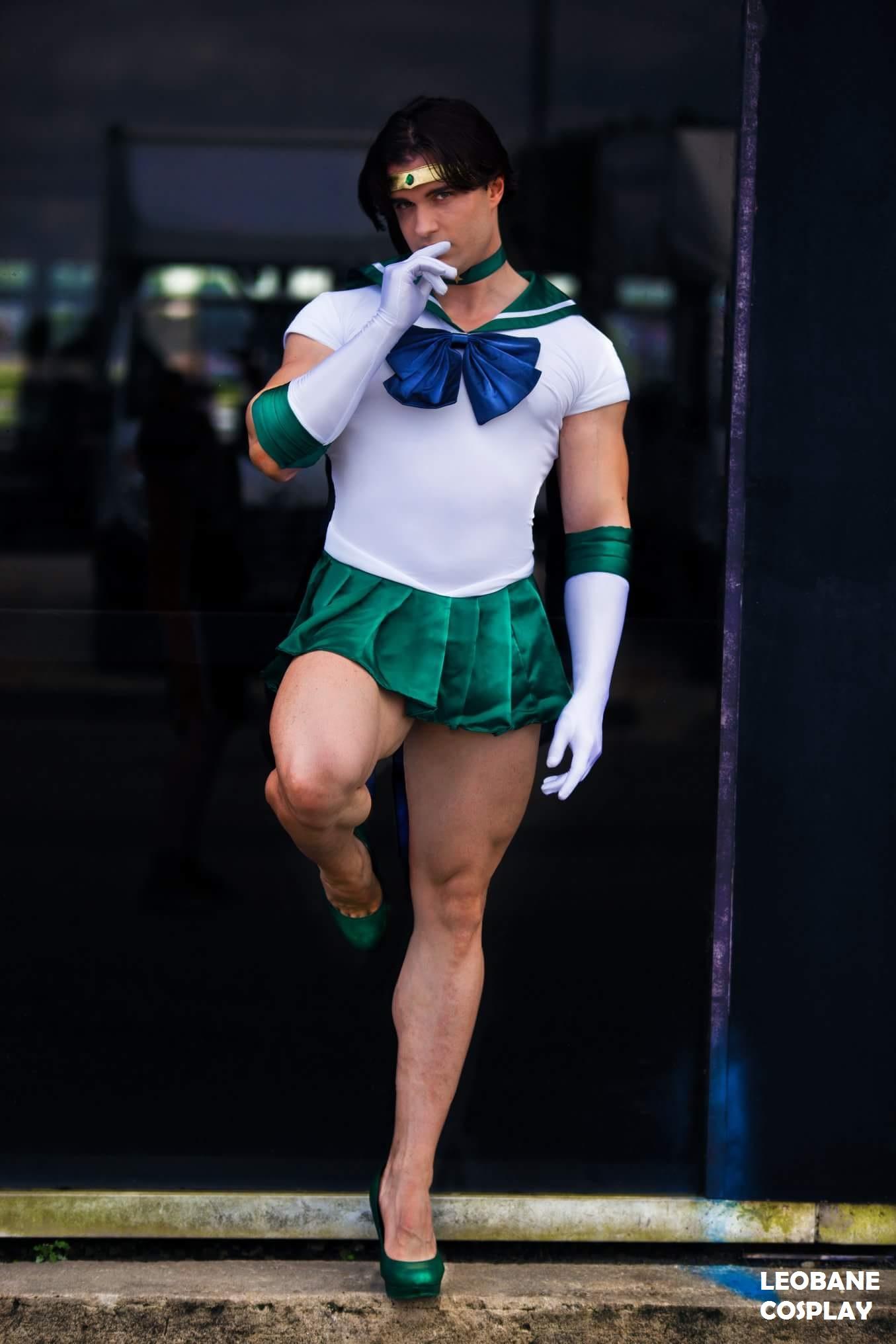 Queer Theory offers opportunities for fluidity and resistance of normalization around subculturists’ identities as is the case within anime fandoms. Perhaps one of the most visible ways in which queerness manifests in anime fandoms is through the act of crossplaying. Crossplay—a combination of the words “crossdressing” and “cosplay”—is the act of dressing up as a fictional character of a gender that does not align with the gender identity of the person doing the crossplay. Some crossplayers attempt to fully embody their character of choice, taking into consideration clothing, behavior, physicality, and everything in-between to make sure they “pass.” Others take a much different route constructing “parodic performances” that combine aspects of both their gender and the gender of their chosen character (Leng 2013). The former group is less queer than the latter in that people in anime fandoms see it as more authentic crossplay and trying to “pass” reinforces the gender binary. However, both crossplay groups create “alternative gendered personas” that “expose the socially constructed nature of femininity and masculinity” which clearly demonstrates a huge theme within Queer Theory: the fluidity and performativity of gender (Leng 2013; Butler 1990).

Crossplayers also display a fluidity within sexuality. Though people outside of anime fandoms and the cosplay community often stereotype crossplayers as closeted queer folks, the reality is that the majority of crossplayers are cisgender heterosexual individuals with an intense love for the characters they emulate. The heterosexuality of crossplayers combined with their playful and artistic performances of gender sends a simple yet strong message: queerness can go beyond the LGBTQ community. Heterosexual people can queer gender too! Such revelations that exist within the crossplay community (and anime fandoms as a whole) accurately represents “the overlapping discourses of gender, sexuality, masquerade, and fan identity in North American popular culture” which Queer Theory critiques (Leng 2013).

Queer Theory tells us to “resist normalizing and privileging certain identity criteria and enforcing rigid identity categories.” In the context of subcultures, Queer Theory attempts to stop policing and conformity within a scene. It fights against ideas of what it means to be “authentic” and allows for a larger acceptance of participants. It creates spaces for subculturists who have been typically marginalized within a scene. For example, the resistance politics of Queer Theory is partly responsible for the creation of the Riot Grrrl scene which “was an important site of subcultural production and consumption for many queer women who sought a refuge from a homophobic punk scene and a conformist gay culture” (Taylor 2013). Queer Theory takes spaces, people, and ideas and allows them to flourish free from hegemonic constraints. We need to be cautious of a scene becoming assimilated, coopted, and/or capitalized by mainstream society so that subcultures do not lose their freedom-giving meanings. Additionally, Queer Theory teaches us that all identities are fluid and we should question any and all labels placed on us as well as the ones we may place on others. Sociologists and other scholars who study subcultures through Queer Theory “inevitably straddle disciplines and attend to some of the ways that queer identities, cultures and assemblages can problematize conventional subcultural frameworks” (Taylor 2013). For example, applying Queer Theory to the Juggalo subculture unveils how it is filled with cisheteronormative ideologies: Insane Clown Posse songs assume a heretosexual audience, constructions of an authentic Juggalo are heavily gendered, Juggalos/Juggalettes who do not conform to the scene’s gender norms are often bullied in the scene, etc. By being able to see that nothing is truly normal, permanent, or authentic, sociologists can start identifying what and who controls what gets classified as such.

A fun introduction to Queer Theory intended for people who do not have a lot of previous knowledge on the topic.

Educational attempt at defining and explaining gender through different theoretical frameworks. Concepts of gender performativity from queer theory underlie much of the video.

An introductory video to Queer Theory.

Short documentary about Riot Grrrl which sought to create a space for women and lesbian punks.

Trailer for a documentary about Queercore, a subculture that started a queer revolution against cisheteronormativie structures within the punk scene.

A documentary about the life of Michel Foucault and how he came to study constructions of knowledge and power, good and evil, and right and wrong through queer theory and other frameworks.

Gender Trouble is the first work to bring the idea of gender as a performance to academic circles, and thus has been foundational in the formation of queer theory. Additionally, it is popular outside of strictly academic circles, and thus has been monumental in bringing queer theory to a wide audience. Butler’s work is also crucial to feminist studies and scholarship.

With Epistemology of the Closet, Sedgwick is the first to deconstruct the idea of a binary analysis, arguing that binaries and binary oppositions are too simplistic to serve as a productive framework in which to analyze sexuality and gender. In particular, Sedgwick posits that the binary of homosexuality and heterosexuality is limiting and insufficient.

In The History of Sexuality, Foucault offers an alternative to the repressive hypothesis, claiming that sexuality is not repressed, but rather serves as a discursive object. Foucault examines the relationships between sex, power, and knowledge, and looks as sexual deviance through this critical lens.