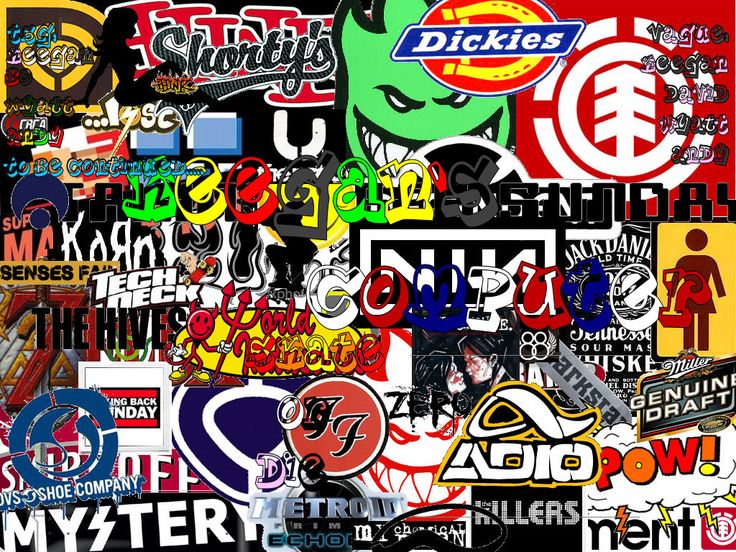 A picture depicting the evolution of the skateboard credit: www.skateboardingmagazine.com

Skateboarding, originally named ‘Sidewalk Surfing’ (The Center for Mental Health UCLA), first appeared in Southern California in the 1950s with one simple idea in mind, to surf the streets. Surfers wanted to create a way they could surf the streets when waves were low, or it was no longer surfing season. The original creator of the skateboard goes unaccredited due to all the attention skateboarding received; many early skaters built their own handmade boards around the same time. It may be that Bill Richard, of the Chicago Roller Skate Company, first attached wheels to the bottom of a wooden board, however, there isn’t much consensus on whether this marks the beginning of skateboards (The Center for Mental Health UCLA). Early skaters built their first skateboards out of wooden boxes or boards with wheels attached to the bottom, until the 1960s when companies started mass-producing skateboards using wood planks until pressed layers of wood came into production, similar to the skateboards seen today production. 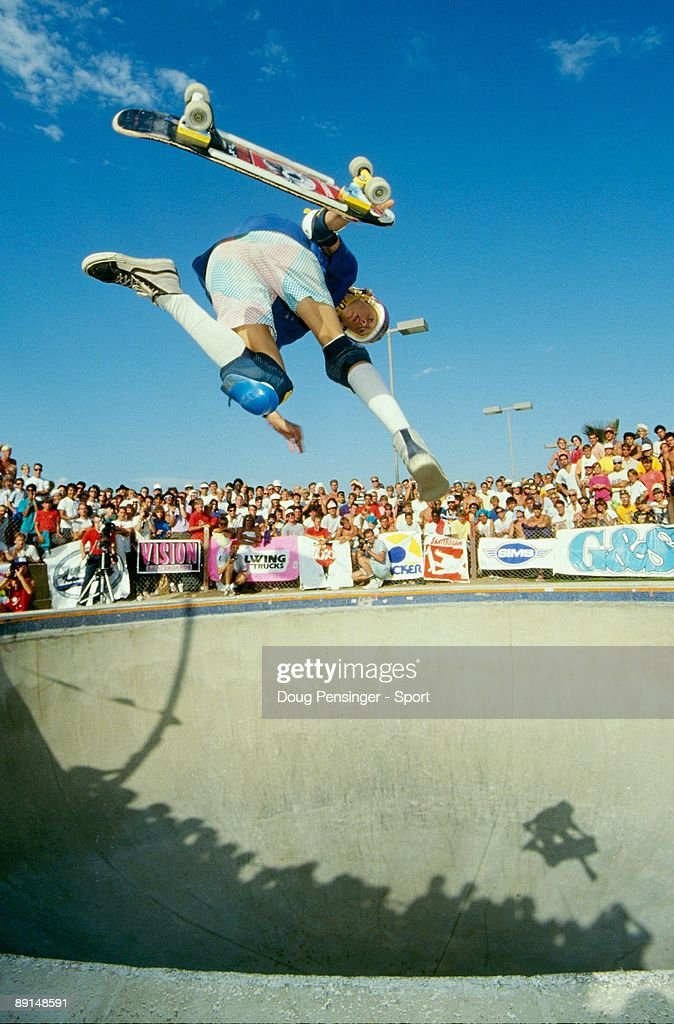 In 1972, Frank Nasworthy invented the first urethane wheels, which paved the way for a new era of skateboarding. The urethane wheel, compared to clay wheels, rode much smoother and became safer, allowing skaters to experiment with new tricks, styles, and competitions. Up until the 1975 skating was considered relatively clean-cut and tame, considering early participants were well-dressed and upper class, then it all changed when the Z-boys entered the Del Mar competition. The Del Mar skating competition bolstered the popularity of skateboarding, because of the non-traditional style of skating introduced by the “Z- Boys”. (Olivio 2015)

The “Z- Boys”, formally known as the zephyr team, was a skate group consisting of twelve members who revolutionized what it meant to skate, and be a skater. Contrary to mainstream skating at the time, the Z-boys didn’t dress properly, they listened Led Zeppelin, and they rode their boards in a style never seen before. The Z-boys rode and competed with a style that amazed the audience, so much so that after the Del Mar competition the popularity of the skateboarding subculture began to skyrocket, with the help of the Dogtown Articles. Craig Stecyk, a Z-Boy, author of the Dogtown articles, is responsible for the growing admiration of the Z-boy’s style and flare. The Dogtown articles are a sort of subcultural media, which aims to spread the style and values of the refashioned skating subculture (Olivio 2015). The Dogtown articles share photos, quotes, descriptions of the Z-Boys skating in different settings, including some photos of the Z-Boys breaking into wealthy homes to skate in their empty pools. After this display of skateboarding by the Z-boys, the image of skateboarding transformed from “conformist” to more edgy and “anti-establishment”. (The Center for Mental Health UCLA)

There are two types of skateboarding, vert and street skating. Vert, formally known  as vertical skateboarding, revolutionized by the Z-Boys, consisted of skating in an empty pool, which switches from horizontal to vertical surfaces, launching the participant to the edges of the pool, much like surfing. The Z-boys pioneered the vert style, by discovering one could skate in an empty pool, creating aerial and sliding tricks in the pool. Vert became so popular, in the 1980s a new style of vert was created to nurse an inclusive environment. A ramp was created to offer the similar experience of the empty pool for participants who didn’t have access to an empty pool. A second style of skateboarding is street skating, which utilizes public spaces as a means of creative freedom, where the skater uses the space to perform tricks. Freestyle skating spurred attention in 1978 when skater Alan Gelfand invented a trick called an ‘Ollie’, which lifts the board of the ground for a few seconds (Thompson 2002). The Ollie was a fundamental factor in increasing street skating’s popularity because, now, most street skating tricks are based on the Ollie. In 1995, there was a large upswing in skateboarding popularity with ESPN airing the X-games featuring skateboarding as one the activities, since then the skateboarding has maintained popularity and has become a multi-million dollar industry.

A brief video highlighting the appeal of the 1995 X-Games 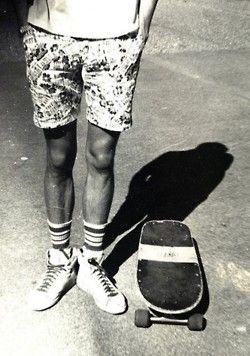 An early skater showing off his style. credit: i.pinimg.com

Skating appeals to individuals who didn’t find their place in other sports because they felt restricted by the structure, or simply didn’t enjoy the sport. Skateboarding offers freedoms to its members, freedom from the mandatory practices of regular sports, freedom from the supervision of a coach or parent, and the freedom to participate in any way the individual chooses. Individualism, an important characteristic that ties to authenticity, is an important concept in the mind of skaters due to the freedoms skating allows individuals. Skateboarding allows its members to express their individuality in many ways, from the clothes and shoes they wear, to the wheels on their skateboards, or a signature skating style (Olivio 2015). Skateboarding allows the individuals to represent themselves in way that matches their identity. The values of freedom and individuality are central to the ethos of skating.

The members of the skateboarding subculture can be separated into three separate groups according to participation: “Hardcore/ Serious Skaters”, “Skater”, and “skater affiliates” that differ have in the levels of participation and knowledge about the subcultural history and objects (The Center for Mental Health UCLA).  Hardcore skaters are considered so because of their skating frequency, ability to build their boards, and friendships within the subculture. The divide between the skateboarding subculture and the sport begins at the central values that all subcultural members share, which are freedom, authenticity, and individualism, in addition to an anti-authoritarian sentiment. Skateboarding subculture represents a larger “youth subculture” which holds aspects of freedom, the self, and non-responsibility central (Thompson 2002).

The skating subculture is more than a concentrated group of participants scattered around the US, rather it is a global phenomenon with an estimated participation of 12 to 20 million, mainly consisting of white youths between the ages 8-22 (Moore 2009). The appeal of the skateboarding subculture, which invites global participation, is the inclusivity and the ability to define one’s own experience. In becoming a skater, participants claim an identity through their attitude, physical style, and appearance. The aspect of self-identification is favorable to potential members because of their already ostracized or rejected identity within the popular culture. Due to the centrality of individuality, overlap between musical subcultures (punks, Goths, etc.) becomes more prevalent. On a personal level, this allows the participants of the subculture to exhibit agency, encounter new social opportunities, and the ability to practice something for as long they decided purely out of love for the sport. Consequently, Skaters have negative stigma that can affect their daily life such as being characterized as: potheads/heavy drug users, criminals, and slackers (contradictory to popular work ethics).

A short video from the perspective of a skater, indicating what being a skater means to him.

Resistance in the Skateboarding Subculture 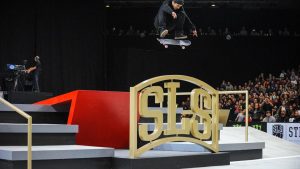 A skater jumping over the logo of the controversial competition, street league skating (SLS).

Members of the skateboarding subculture were not very fond of the new changes and their implications, so they found different means of resisting the changes to their subcultures. The skateboarding subculture was not based on the premise of competition, so covert ways to resist the abolition of the inclusivity of skateboarding, included wearing competition bibs (a signifier to the judges who is skating) in unreadable manners. The purpose of this being, the judges wouldn’t be able to identify the skater, therefore they are unable to judge them. Another covert means of resistance is the mindset of the skaters in competition, “Skaters, even in contests, it’s more an attitude of having your best run, making all your tricks as opposed to beating somebody.” (Beal 1995). The purpose of this resistance is to show, by participating the skaters are not succumbing to the dominant culture and losing site of the subcultural values. There is also some resistance against the bureaucracy from skateboarders, by avoiding certain brands that are tied to the bureaucracy.

Gender in the Skateboarding Subculture

A fundamental aspect of the dominant sports culture is competition. Who can run the fastest? lift the heaviest? Or win a fight? There is a theme in the dominant sports culture that states the person who be the most “masculine” thing is considered the top of the food chain. The privileges that come with this perceived notion of dominance is the un-deniability of the individuals masculinity. Meaning, certain activities that would bring into question someone’s masculinity, would not call into the question masculinity of the physically dominant person, because of their already established dominance (Yochim 2009). 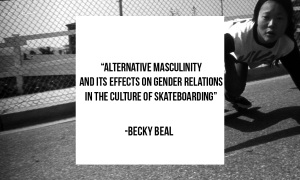 The documentary tracks the story of the Z-Boys and their journeys skating in Dogtown. It also follows the rise in skating’s popularity, as well as provides insight into the Skateboarding subculture. 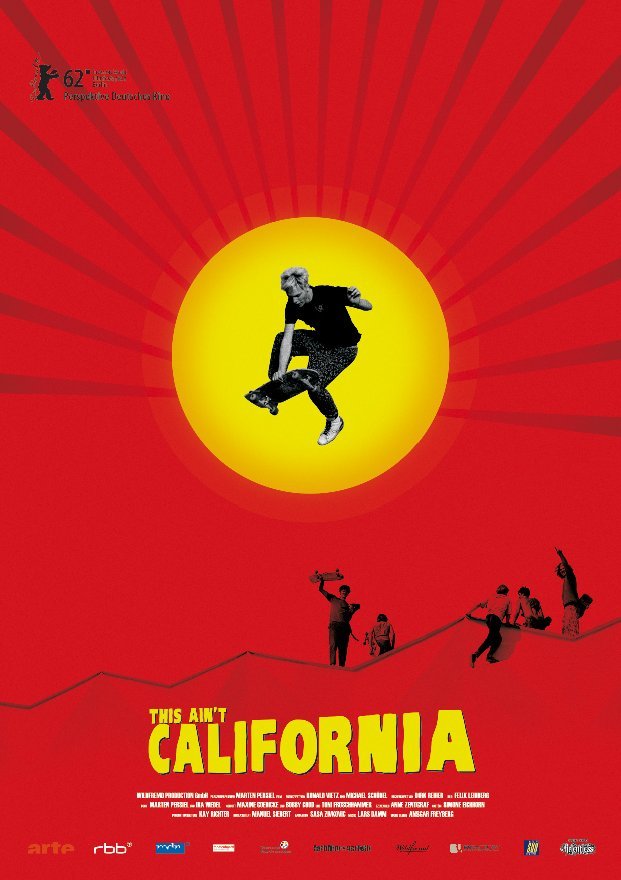 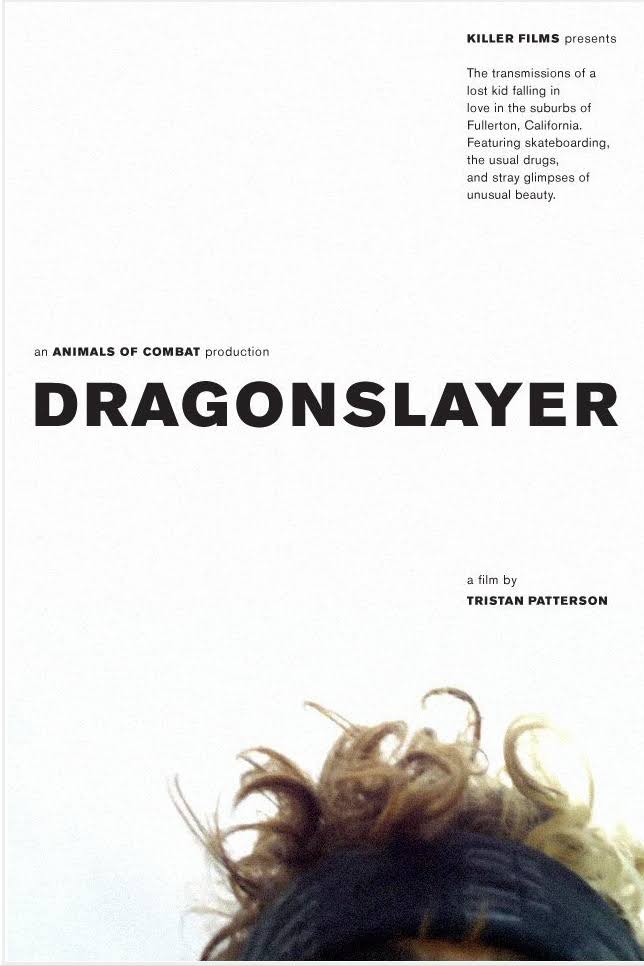 This documentary follows the life of pro skater Tristan Patterson, and his daily adventures as a professional skater. This gives a firsthand account of what is to be a skater. 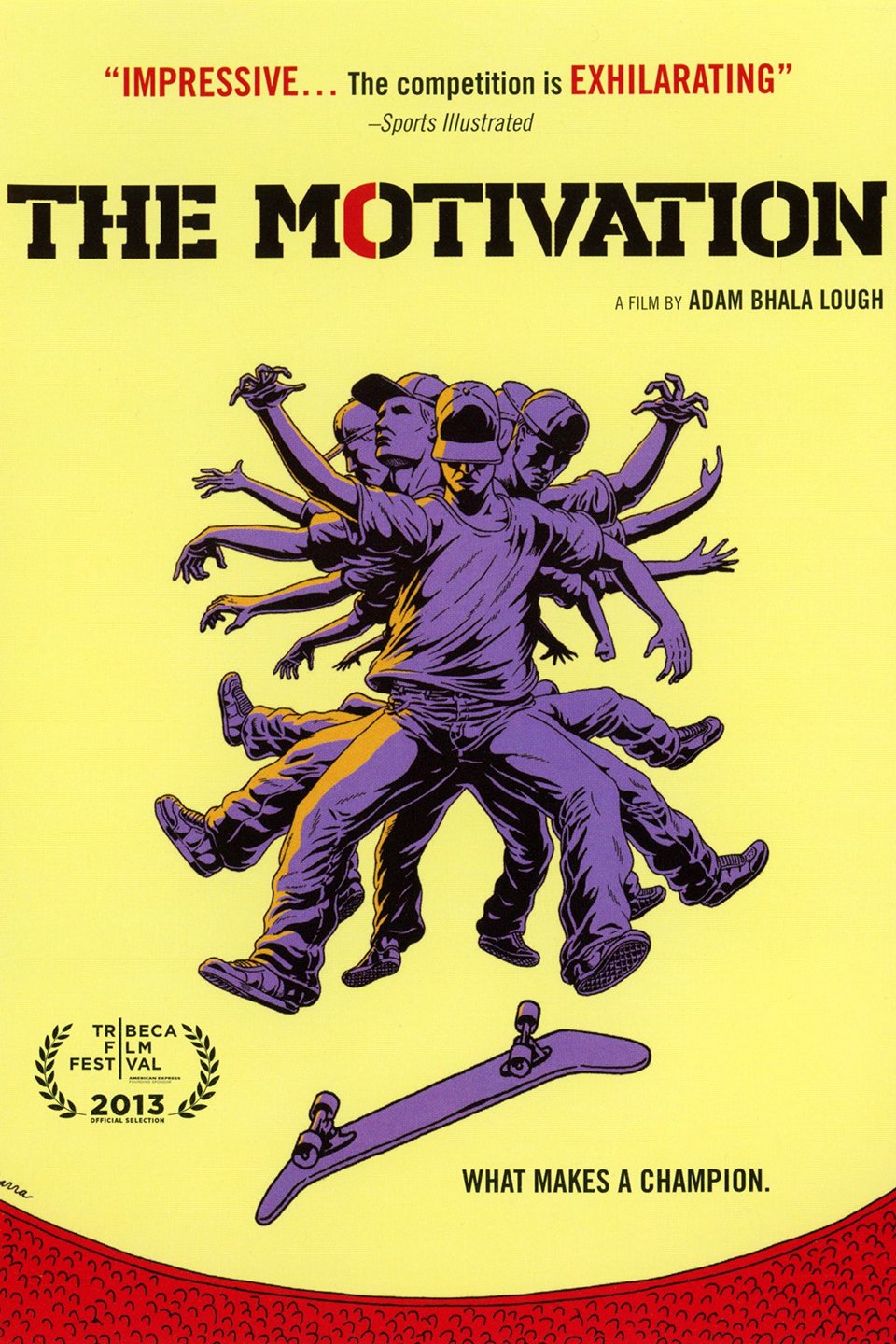 This documentary follows and interviews eight professional skateboarders leading up to the Street league championship. The documentary focuses on the impact and meaning of skating for each individual.

How to Ollie with Tony Hawk

This is a short clip on how to Ollie, the revolutionary trick in street skating.

This is a short video showing what vert skateboarding looked like in the 1980’s.

A short video interviewing early skateboarders and members of the zephyr team.

The Original Z-FLEX and The Z-BOYS Reunion

A short documentary about the history and experience of the Z-Boys and the skateboarding subculture. 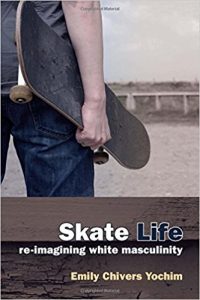 Beal, Becky. “Disqualifying the Official: An exploration of social resistance Through the subculture of Skating.” University of the Pacific

Thompson, Hannah. 2002. “Be a pedestrian… or be a skateboarder.” University of Sheffield

This short article outlines the early history of skateboarding.